When it comes to West Side Story, there’s a lot of cultural memory at play. There’s the music, the dancing, the cast, the Shakespearean love story, the historical context, and, intermixed with it all, the costumes—particularly of the original 1957 Broadway show and the 1961 film, both dressed by the legendary Irene Sharaff. (And that’s not to discount the literal thousands of regional and local productions, indebted to flouncy skirts sewn by parent volunteers and countless pairs of Chuck Taylor All-Stars.)

“West Side Story has been part of my life since the beginning,” says Paul Tazewell, who costumed Steven Spielberg’s new West Side Story film adaptation—ever since he and his brothers performed in a summer musical theater production of it while growing up in Akron, Ohio. Tazewell went on to become the Tony Award-winning costume designer behind Hamilton, In The Heights, and The Color Purple, digging into history to create wardrobes that convey time and place. His process is research-heavy, and for Spielberg’s West Side Story he looked to 20th-century photographers Bruce Davidson and Gordon Parks, who captured city life through the era. “Being authentic to 1957 was hugely important,” Tazewell says. “We were distressing things, we’re breaking it down, giving them life.” As of last week, he’s already earned a Critics Choice nomination for his work.

There are a few archetypal looks in West Side Story’s fashion legacy—Maria’s red-belted lace dress, Anita’s flouncing purple, and now yellow, “America” outfit—but it’s the gangs’ ensembles that ground the story in a particular moment of New York City’s past: the postwar demolition of an Upper West Side neighborhood to make way for Robert Moses’s Lincoln Center. In the first scene of the 1961 version, we’re introduced to the white ethnic Jets and the Puerto Rican Sharks, the former’s sooty white tennis shoes versus the latter’s black Chuck Taylors, as they war over territory (or, alternatively, the right to live and let live) of those few blocks in the West 60s. Sixty years later, Spielberg’s version begins in the same place, with Tazewell’s color palette delineating the two sides and their dueling levels of ambition: the Jets in dingy blues, leather, and denim; the Sharks in well-tailored rusts, golds, and khaki. Tonally, Tazewell hopes that “the audience [knows] when they sense a warm kind of environment that they are coming from the point of view of the Latinx community; when it’s more cool tones, the blues and the greens, that’s the Caucasian community,” all set against the neutral concrete and reflective steel going up around Manhattan in 1957.

“The Latinx community that were migrating into the city at that time were aspirational, they were about making their lives better,” says Tazewell. “The men were holding jobs and doing the best they could to sustain life, and then I dressed them accordingly. I was very conscious of tailored clothing for the men that were at the dance at the gym; there’s much more detail that’s kind of fashion-forward for the 1950s.” The Jets, meanwhile, are the only characters who wear jeans—“a very American kind of a symbol.”

“I am directly relating to that as a Black man, and knowing what my parents and grandparents needed as far as dressing to show self-respect,” he adds. “That’s the means within a brown or Black person’s control to be able to put themselves out there in a respectful way, and to garner respect.”

While the 1961 film had a theatrical, Technicolor tone to it—all bright costumes popping against a dark backdrop—the 2021 version feels more cinematic, more lived-in (and, also, unmistakably Spielbergian). Costuming the two teams this time around was as much about the whole as the sum of its parts; during a Q&A after an advance screening of the film for SAG-AFTRA members in Manhattan, members of the cast shared that screenwriter and playwright Tony Kusher wrote pages and pages of backstory for each character, including the ensemble, which Tazewell also took into consideration.

“It really did start with Steven’s insistence that it feel naturalistic as [it] possibly could be within the confines of, you know, it being a musical and people are breaking out in song,” Tazewell says. “The original production, the Broadway production and then also the 1961 [film], was representative of what modern-day dress was for the people that were creating it…I’m always acknowledging the fact that it’s going to be a modern audience that is relating to this, and they carry all of the information that they have around West Side Story, all the other productions of West Side Story, into this experience.” 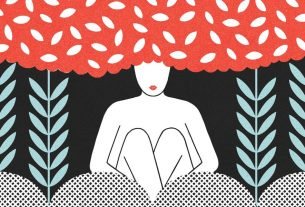 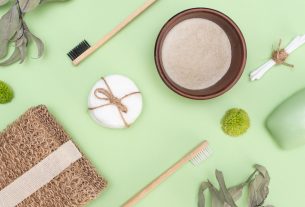 6 Eco-Friendly Swaps for Your Personal-Care Routine 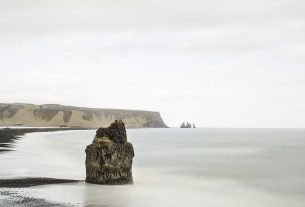 How Pain Can Be a Catalyst for Growth