I’ll admit it: I didn’t watch Buffy the Vampire Slayer until I was in my twenties. I was in high school for the majority of its original run—from 1997 to 2003—and would tell myself the show wasn’t for me because the girl my 9th grade boyfriend had not-so-secretly hooked up with adored it (she even wore a replica of Buffy’s crucifix necklace to class.) Looking back, I realize that it wasn’t about my heartbroken vitriol at all. It was about the kind of anxious, teenaged naivety that made me a little bit scared of Buffy because of its proximity to violence, death, and sex. No episode captured the potency of this trifecta more than “Smashed.” This infamous episode aired 20 years ago today, during Buffy’s sixth and most divisive season. In it, we got to see what sex with the bad boy actually looked like after being merely titillated with the archetype by our favorite teen dramas for so long.

Teen and young-adult television has had a preoccupation with sex for as long as the genre has existed. In particular, the notion of a female character losing her virginity, and to whom, has historically provided great narrative mileage, from Donna Martin in Beverly Hills 90210 to Blair Waldorf in the original Gossip Girl. But the TV shows I was obsessed with during my formative years in the late ‘90s and early aughts presented it with a short and sweet formula: In order for a couple to do the deed, we—the devoted audience—had to believe their relationship was based on love (or something like it) following a multi-episode romantic arc. Concerning the action in the scene itself, perhaps a spaghetti strap would be tenderly removed from a shoulder to reveal a slip of bare skin à la Joey and Pacey’s first time on Dawson’s Creek. Perhaps there would be a few beats of horizontal kissing while a cutesy pop ballad warbled away. Perhaps the only post-coitus clue would be a glimpse of disheveled bed sheets, like the aftermath of Rory and Dean’s ill-fated hookup in Gilmore Girls, because it was essential that the location be a bed. As a Buffy-less teenager, this was what I had to work with.

The cast of Buffy The Vampire Slayer circa 2000.

Today, the steaminess of on-screen sex in the modern teen drama is pretty high across the board and only seems to be ramping up in carnal explicitness with series’ like HBO’s brutal but brilliant Euphoria. See also: Gossip Girl living up to it’s unique selling proposition—as promised in the iconic promotional posters from 2008 which featured quotes from scandalized reviewers—via dorm room threesomes and uninhibited hookups in limos, elevators, and on top of bars in expensive hotels. The Riverdale gang’s penchant for hot showers and blindfolds. The Vampire Diaries’ famous take on hate sex. The episode of Reign that was so controversial that two of its sex scenes were cut from broadcast and were instead included in the online version, much to the chagrin of The Parents Television Council.

This trajectory, from the promise of happily ever after to a more progressive portrayal of sexuality, can be mapped from Smashed and a certain unholy union between vampire and slayer. I am, of course, referring to the feral hookup between Buffy and black nail polish fanboy/occasional makeout partner/nemesis-cum-ally Spike in the episode’s final act. This meeting of the bodies had been teased out for the better part of two seasons and was game-changing in the teen TV universe. Spike, by design, embodied everything Buffy hated, which was confusing and thrilling for fans and slayers alike. But at the same time, they understood each other in a way that no other character ever quite could. As “Smashed” writer Drew Z. Greenberg remarked on the season 6 DVD commentary, “[Buffy and Spike were] outsiders, and neither one really fit into the world anymore.” And that connection was what made the pairing so compelling.

This meeting of the bodies had been teased out for the better part of two seasons and was game-changing in the teen TV universe.

To set the scene: Sunnydale’s most unhinged will-they-or-won’t-they couple are locked in a typically brutal physical altercation. “I do beat him up a lot. For Spike, that’s like third base,” Buffy observed during season 5, when the show was starting to lay the groundwork. But this time, the stakes are different, ​​to an almost humorous degree. Spike has discovered that the electronic chip government agents had inserted into his skull to keep him from harming humans no longer works on Buffy. Buffy, recently resurrected by her friends after sacrificing herself to save the world in the previous season’s finale and depressed about it, is sufficiently freaked out, fearing he’s right when he states that she “came back wrong” and that’s why he can hurt her now. As their fight moves through a derelict building on the verge of collapse, she surprises him by trading punches for kisses. Their intense makeout quickly graduates to more: Spike holds Buffy up against a crumbling wall and she straddles him, reaching for anything she can to steady herself with one hand and gripping the back of his neck with the other. Things really switch gears when the two fall through the floorboards and suddenly, she’s on top of him, staring wildly into his eyes while rubble falls around them.

Two decades later, the scene is still powerful. And although it’s tame by today’s standards, a quick YouTube search yields an extended take, replete with extra gyrating that further betrays its era. It’s viscerally charged, which is what makes it sexy: Sarah Michelle Gellar and James Marsters have undeniable onscreen chemistry and there’s a reason “Spuffy” lives on via a host of hashtags on TikTok. In one video, a user films herself screaming in delight while the scene in question plays on a laptop, pointing out that her reaction at age 28 is the same as it was at age 12 . In another, a user plays the scene to answer the question: “Show me a scene that you found attractive that makes you realize you have deep rooted issues.” The replies tell you she isn’t alone.

The scene is also unintentionally hilarious: Can anyone explain the anatomical mechanics of penetration through a floor-length leather skirt?! Not to mention the sound of Spike’s zipper is dialed up to 11 thanks to the remaster, which you can hear for yourself on Hulu (Disney+ in the UK) where the complete series is available to stream.

Can anyone explain the anatomical mechanics of penetration through a floor-length leather skirt?

The destructive metaphor remains heavy-handed but prescient. Marti Noxon, who took over as Buffy‘s showrunner in season 6 from he who shall not be named, told Vulture: “When we become young women, especially if we’re troubled or haunted by something, that can lead us to make some bad choices, especially in the area of romance.” Buffy’s desire for Spike was always presented as fundamentally “wrong” and the show never allowed her to feel good about their casual sex. (It even lowkey kink-shamed her for it after hinting at its BDSM nature and playing it for comedy all season). Nevertheless, choosing to sleep with Spike was pivotal for Buffy’s character, who up until that point had only been with partners she genuinely cared about and was positioned as the moral arbiter of the show. When she got to have sex—which was rarely—the scenes were pleasantly romantic and appropriately brief. It was the same for her genre peers at the time, like Rory Gilmore and Joey Potter. When Buffy admits she was using Spike just to feel something, it marked a rare moment when a female character on a teen TV show was acknowledged as having selfishly motivated sex, and sex that wasn’t propelled by a traditional love story. Their arc, in fact, was the polar opposite. The brutal events of “Seeing Red”, the shocking episode in which Spike attempts to rape Buffy, would draw a definitive line under the relationship’s toxicity by the end of the season, making series 7’s redemption arc difficult to swallow for even the most steadfast Spike fan.

Romance is stronger when it’s buoyed by passion, and “Smashed” didn’t achieve it gratuitously, despite James Marsters spending a good portion of his time on Buffy with his shirt off. The scene’s emotional weight (thanks to the slow burn of Buffy and Spike’s saga) and groundbreaking nature in the context of its genre lends itself to a legacy that still promotes nuanced conversation with any millennial fan decades later. It has earned a spot in the pantheon of killer sex scenes. 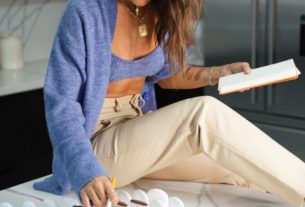 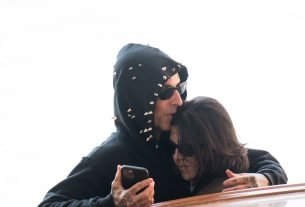 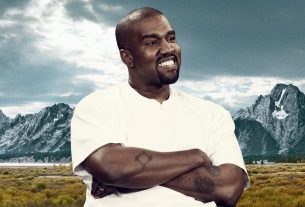 Kanye West Puts His Wyoming Ranch Up for Sale