This weekend in Geneva, the world’s most passionate and deep-pocketed watch collectors gathered in person, called in, or logged on for a series of watch auctions: Christie’s, Only Watch, and Phillips all held news-making auctions over the same span. And while the Only Watch auction may have been top-loaded with the wackiest most unique creations—a Patek Philippe desk clock sold for about $10,400,400!—but nothing quite matched Phillips’s behemoth two-day event, complete with nearly 250 watches.

The marathon auction provided plenty of insights into the state of the watch world. Underdog independent brands flourished, a pair of super-rare Rolex pieces went head-to-head, and the sizzle around provenance—perhaps the biggest buzzword in watches over the past several years—seemed to quiet slightly, making way for watches that, history aside, are simply beautiful. Here are seven of the most notable watches to come under the hammer at Phillips this weekend.

In a vacuum, this is just a really freaking cool watch. The dial is slightly transparent, which gives the wearer the best of both worlds between a regular and skeleton-dial face. Many of the elements on the dial are also luminous, so the watch looks even better when the lights are off. This is just one of the many A. Lange & Sohne watches that did very well at auction this weekend. So what does that mean? Well, Lange wasn’t the only brand that won big at auction. A watch from independent watchmaker Christian Klings also sold for approximately $276,159 and a Roger Smith Series 2 was bid all the way up to $717,837. Both set a record for the respective brands. While we typically see the big brands dominate auctions like this, it was fun to see some of the less household names get a taste auction glory. Maybe this is the result of watch collecting continuing to grow and develop as a serious hobby. Tastes are growing more diffuse and individualized—a Patek Philippe Nautilus can do numbers, but now, so can a Lange chronograph.

Speaking of independent watchmakers: the most expensive watch to sell at Phillips’s Geneva auction didn’t come from Rolex or Patek Philippe, nor was it a special Omega that cruised on the moon decades ago. No, the honor belonged to this Philippe Dufour watch, which sold for $5,182,109. Dufour is hailed as a genius among watch fanatics, and this is one of his finest achievements. It’s the first wristwatch Dufour made and it includes both a grande and petite sonnerie—two mechanisms that chime out the time—that the wearer can toggle between using a slider on the side. When Dufour created the watch in 1993, it was a significant achievement to stuff both of these mechanisms into a pocket watch, let alone the smaller wristwatch. And this wasn’t just an eager bidder splashing out in a frenzy: the third most-expensive watch to sell at Phillips was also from Dufour.

The year of oddball Cartiers crushing it at auction continues. Over the past 12 months, the Pebble sold for around $441,000, and the Crash has more than doubled its value at auction. This Guichets, with jumping hours, is the latest from the French luxury house to sell for big numbers. It’s not a great comparison, because the watches are different materials but in May of this year, a Guichets in platinum sold for roughly $76,000. Just a handful of months later, this piece sold for about $110,500. A celebrity collector recently told me this watch is at the tippity top of his wish list. Turns out he’s not alone.

This watch is now the most expensive Omega ever sold at auction. What makes it so special? Well, it’s part of the first generation of Speedmasters ever made. The “broad arrow” hand was popular enough to become an Omega trademark —a feature they bring back on vintage-inspired pieces they want to imbue with a bit of tradition and great looks. And good lord, has this watch aged nicely. That dial did not start that color, but has aged into that beautiful chocolate-brown that watch nerds call “tropical”—and would make a Hershey bar jealous.

The same way stateside collectors lust after Tiffany & Co-signed watches, Latin American fans have jonesed for prestige-stamped pieces from Serpico y Laino, a luxury watch boutique that once operated out of Venezuela. This Patek Philippe perpetual calendar has all the makings of a custom masterpiece. The dial isn’t the only element that got a marking from the jeweler—the bracelet’s clasp is also engraved with the initials SYL. About that bracelet: it comes from legendary bracelet maker (a phrase only a watch enthusiast could write earnestly) Gay Frères. Phillips writes that the bracelet was likely part of a special order from a client. Add it all up and you have the fourth-most expensive piece from the weekend’s auction.

This watch “only” sold for approximately $11,050 but it’s worth highlighting because it’s so unusual. The Le Régulateur II is a collaboration between watch brand Louis Erard and designer Alain Silberstein. The watch uses a squiggly line to mark seconds and a massive blue arrow to track minutes. It looks almost like a child’s plaything, but it’s powered by a highly technical mechanical movement. It’s goofy but I can’t think of a more fun way to get the time.

In the 1950s, chasing to send its watches deeper into the ocean than any watchmaker before it, Rolex developed a trio of prototypes to test its capabilities. The Deep Sea Specials, as they were named, were the prototypes created for Rolex’s experiments. And they look built for the job: that domed crystal is designed to hold up well to the extreme pressure that comes from deep sea diving. Because of its provenance, the watch came into the weekend with more buzz than nearly any other piece in the catalog. However, the watch failed to meet even its low-end estimate of $1,310,000, coming in just under at around $1,158,952.

The results certainly weren’t helped by the fact that Christie’s, just across town, was selling another Deep Sea Special this weekend, too—number one, to the number-three piece at Phillips.Christie’s Deep Sea, though, also failed to meet its low-end estimate.

You could chalk the poor results up to bad timing—or I could test out a hot take. Let’s try the latter.The pieces sold this weekend are items that, at the end of the day, are meant to be worn—auctioneers, collectors, and brands will all hammer that point home. It’s what makes watches such great collectibles: they are completely portable. The record-setting Philippe Dufour is a gorgeous watch that can accompany the owner to galas and the most special of date nights. This Rolex Deep Sea tells a great story, but it’s one that’s probably happier in a glass case at the Rolex Museum than it is trying to suck in its bubble crystal to fit under the sleeve of a suit. 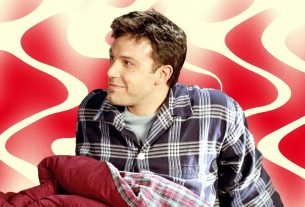 21 Stylish Pajama Sets You’ll Be Tempted to Wear Out 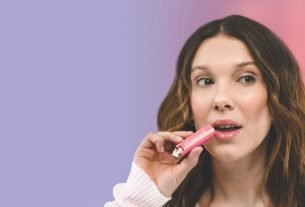