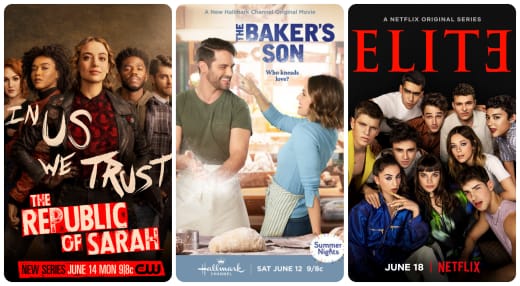 The CW rolls out a new show this week called The Republic of Sarah. We’ll have reviews for you of all the episodes.

Find out what else we recommend below!

In another Ripped from the Headlines film, Illinois teen Ashley Reeves, is brutally attacked by someone close to her and left for dead in the woods.

After hours of talking to her assailant, investigators are shocked to discover Ashley’s body 30 hours later, except she’s badly beaten and paralyzed but still alive.

It’s the true tale of how Ashley fights to survive, heal, walk again, and stand up for herself in court against her assailant. Check out the trailer for this harrowing story!

Eloise Mumford and Brant Daugherty star in The Baker’s Son.

When a ballet dancer visits the small island of Windward, local baker Matt (Daugherty) is enamored. His passion for her somehow finds its way into his baking, transforming Matt’sbread from bland to brilliant.

His wondrous new success attracts tourists, boosting the fortunes of the small island community. But, unfortunately, when the dancer leaves, Matt is heartbroken, and his bread promptly loses its magic.

The townsfolk immediately set about trying to find him a new muse. Still, in the process, everyone, including Matt, overlooks the most obvious choice –- Annie (Mumford), the owner of the local café and Matt’s best friend and confidant. They supported and loved him all along.

Summer of Secrets continues with another film based on a salacious true story of Celeste, a middle-aged mom of teens who marries a 70-year old millionaire, enjoys the fruits of wealth, and then seduces a fellow patient at a mental health facility with the allure of living happily ever after with her husband out of the picture.

We follow Celeste’s manipulation and misdeeds that don’t begin to unravel until her lover Tracey spills it all.

Julie Benz slays in this saucy flick! Check out the trailer below!

Joy is front and center during this episode!

Joy is struggling with her dreams and trying to understand their meaning, but with the help of her charming cousins, Cassie and Abigail, she might get the answers she’s seeking.

Find out about that and so much more when you tune in for “The Kite.”

With the nuclear bombs off and heading to undisclosed locations, the characters have to go their separate ways to get to safety.

We’ve watched the episode, and it’s an action-packed affair that changes the show considerably.

Return to TV Fanatic after you’ve watched for a full review and a post-mortem interview with one of its stars.

Mick and Kayla butt heads after jetting off to save Sara, but they might need each other more than they think to survive an alien planet.

The rest of the Legends, who are cooped up in Constantine’s house, get a report of another alien attack. The perp is no other than Amelia Earhart.

And while all of this is happening, Sara plans to save herself from Bishop by using his own weapon against him.

It’s gonna be a wild ride as Gotham’s streets are filled with False Faces, new faces, and some familiar ones too.

Batwoman and Mary have their hands full with the rise of an old enemy while Diggle (David Ramsey) drops in on Luke with some words of wisdom.

When the former Batwoman and the current one come face to face (again!), how will this city hold up?

Tune in or miss out!

The kids are at it again. Gordon has his hands full with this young batch of contestants, and they may very well drive him insane.

After a disastrous first dinner service for the Blue Team, they have to do everything they can to redeem themselves, but the issues that arise leading up to the next challenge and service have Gordon ready to throw his hands up in defeat.

Can he really find his next protege among these Young Guns?

When Spencer’s quarterback must miss the game against Westlake, Spencer puts extra pressure on himself and his young teammates because of what is at stake.

Billy and Jordan grow worried when Willie doesn’t show up to the game as promised, and Billy learns something about Willie he wasn’t expecting.

Laura must deal with a new wrinkle at work that involves Olivia, leaving Laura with a tough decision.

Meanwhile, Spencer takes a walk down memory lane as Coop’s 18th birthday nears and Layla and Preach clash over how to celebrate Coop.

The peaceful town of Greylock, New Hampshire, is upended when coltan, a mineral used in tech products, is discovered there.

Some residents object to the town being bulldozed with the mayor’s blessing. Adding to the conflict is that former native son Danny Cooper is the point man for mining company Lydon.

Danny’s estranged sister Sarah, a high-school history teacher, finds a loophole. Due to a mapping error hundreds of years ago, Greylock can vote to become an independent country.

Our favorite Canadian working moms are back for more hijinks.

They’re bringing with them a bong, board shorts, and puffed sleeves, among other things.

Check out the trailer to see what other excitement will be coming your way!

Cecile is trapped in a psychic prison, and it’s not long before Barry finds himself there as well.

There, Cecile is forced to confront her past so that she can break free. But who put her there in the first place? Could it be Psycho Pirate?

Meanwhile, Chester takes over all of Cisco’s duties in his absence, but is he ready for the challenge?

Are you ready for answers? Because that’s what we’re getting on this episode!

After the wild revelation that Morgan Edge is Clark’s brother, we finally lift the lid on what happened to Morgan after arriving on Earth.

Lana sets out on a mission to save her husband, but she has to understand what happened to him first.

The Baking Queen that is Paula Deen guest-stars on an all-new MasterChef.

The judges are still trying to determine which aspiring chefs are worthy of the coveted white aprons that’ll have them competing for the opportunity of a lifetime.

The auditions are still underway, and only six aprons are remaining. Will one of those belong to their next MasterChef?

Reddington has taken Liz to the mysterious epicenter of his empire in Latvia.

Now their shared past will reveal itself, and long-buried secrets will be divulged.

Or, based on the first eight seasons of this series, will they?

As ViCAP finally gets the green light to raid Alastor Pharmaceuticals, Clarice punches another FBI agent in a moment of rage, then willingly turns in her badge and gun.

Also, the rest of the ViCAP team uncovers the whole truth about the River Murders.

The highly anticipated fourth season begins with some big changes at Las Encinas in the form of a new principal, bringing some new blood to the school.

As returning students face a repeat of their final year, they become embroiled in a mystery bigger than they could have ever imagined.

This is going to be fun!

Rose Byrne stars in this Apple TV+ original as an angry, unhappy wife and mother who tries to find her path through aerobics.

This is a very dark comedy without a lot of light, and the premise drags on a bit more than I would have liked.

But it’s a decent jaunt back in time to when it was easier to make a buck and change the world in the process.

The fascinating series about emergency call responders is back with more captivating, hair-raising, and truly bizarre calls.

We follow a series of 911 operators as they oversee all kinds of emergency calls and brace themselves for the unexpected. You’ll laugh, you’ll bite your nails, and you may even cry, but for them, it’s just another day in the life of a first responder. 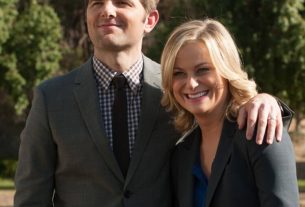 Ranking the Couples From Parks and Recreation 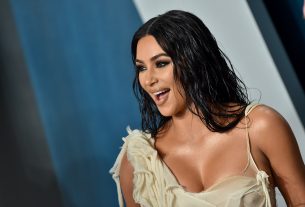 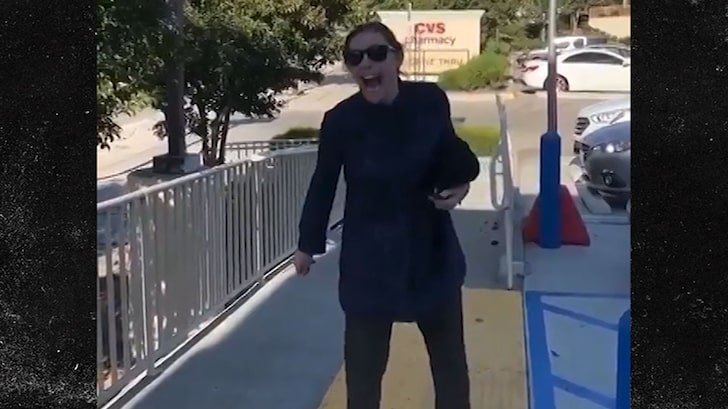