Here we are. The third part of our three part look through all the movies and TV shows you will want to watch before taking a Disney vacation. As we did not travel to Hollywood Studios, I unfortunately don’t have a link or list to go with it, but if you haven’t read about Magic Kingdom and Animal Kingdom, you can check those movie lists out here: Magic Kingdom and Animal Kingdom.

So we finally made it to Epcot. With the cultural experience of World Showcase international pavilions, flower gardens, food and drinks, and the attractions focused on invention and culture as opposed to the more classic Disney movie vibe, it might be hard to know what to check out before leaving on your trip. Don’t worry. Aside from the obvious movies to go with their themed attraction counterparts, here are some gems to be watched to get you in the right Disney mood.

RELATED: Disneyworld Vacation in Animal Kingdom – What to Watch Before You Go

A charming little ride called &#65279The Seas with Nemo & Friends&#65279 follows the main basic plot of the film. Hop in a clam shell and ride through the underwater environments featured in &#65279Finding Nemo.&#65279 You will see Bruce at the shipwreck, Crush along the deep sea currents, along with Mr. Ray and the school of fish as they all pitch in to help you and Marlin find Nemo. The movie is a must, as you will be directly “in” the water with all the characters and locations from the movie, all to finish with an exit into an actual full on aquarium. Take your time and enjoy.

Though not a direct correlation to the ride, &#65279Flubber&#65279 should get you in the mood for a little science and invention, as you surely won’t want to miss the classic &#65279Journey Into Imagination With Figment.&#65279 This fun little tour/ride through the Imagination Institute DOES have a few direct references to &#65279Flubber&#65279 and the late Robin Williams’ Professor Brainard if you look for them. Aside from that, it is just a fun attraction that messes with your senses a little bit and shows off some fun science and creativity.

&#65279Take a tour through Mexico with your very (un)professional and seriously goofy and whimsical tour guides, the &#65279Three Caballeros&#65279. Hop in your cozy boat, Jose Carioca, and Panchito lead you on a frantic search to locate their missing pal Donald Duck in the &#65279Gran Fiesta Tour Starring The Three Caballeros. &#65279Have a few laughs with some song and dance, as Donald doesn’t even seem to know he is missing and his friends are looking for him. Guess you will have to take the tour to find out how it ends!

First of all, the entirety of the Norway pavilion in the World Showcase section of the park serves only as a nod to the &#65279Frozen &#65279films. Disney is fully milking its cash cow here, and that’s okay. The whole area of Norway is a treat for the eyes, looking like it was plucked right from the film, moss covered roofs on rustic looking buildings and all. To celebrate the ending of eternal winter when Queen Elsa saved Princess Anna, the queen has decided to have a summer snow day. Hop on an old Norwegian style boat and join all your favorite characters through a wintry tour of Arendelle. Get ready to &#65279″let it go” with Elsa as she creates an ice castle, or maybe you will want to “build a snowman” with Olaf and Sven. Soak in these moments, with some other visual treats along the way.

Though it doesn’t open until fall of 2021, Disney has expanded the whole France pavilion to include a section that will feature an attraction called &#65279Remy’s Ratatouille Adventure.&#65279 It’s unclear exactly what story the ride will tell, but it’s also a good bet that checking out the film will get you in the mood to enjoy the immersive ride, especially if you plan to head to Disney over the winter or spring holidays.

Projected to debut in 2022, &#65279Moana: Journey of Water} sounds like it will be a sort of maze or tour where park-goers will interact with the colorful and vibrant magic of living water, a visual and interactive concept taken right from the film. If you &#65279plan on going to Disney next year, check to see if this attraction is open. If so, my bet would be that giving &#65279Moana &#65279a watch will be well worth your time.

And that’s a wrap! Although Epcot may not necessarily strike as the classic immersion and feel needed to feed your inner Disney appetite, it surely has enough food and drink to feed every other craving you have. Even while lacking the full-on Disney feel, don’t sleep on this incredible park experience, and definitely don’t skip out on the movies above to help get you in the mood for it.

I hope you enjoyed my three part list of things to watch before heading to all the Disney parks. First chance I get, I definitely will be heading to Hollywood Studios. Maybe I will try and watch some things BEFORE I go this time. Happy viewing Disney lovers! 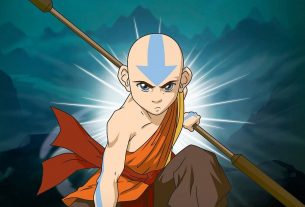 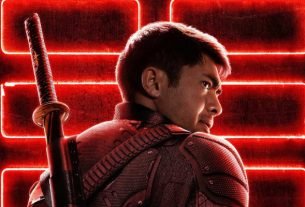 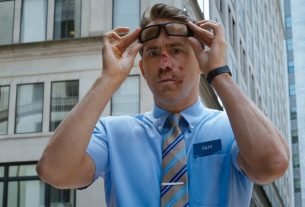