The following post and video contains SPOILERS for Doctor Strange in the Multiverse of Madness, particularly about the character of Wanda Maximoff played by Elizabeth Olsen.

One of the biggest surprises in Doctor Strange in the Multiverse of Madness is the fact that the villain of the movie is actually one of the other Avengers: Elizabeth Olsen’s Wanda. We all assumed after WandaVision that she had worked through her grief over the death of Vision, but clearly not; in Multiverse of Madness she is consumed with a need to find her missing children and lashes out at anyone who stops her from locating them. (The fact that she’s been reading from the cursed book the Darkhold probably has something to do with it.)

In our latest video, we speculate about whether Wanda is really dead after the end of the film — and if not, how she will come back to the Marvel Cinematic Universe in the future. We also run down some of the Marvel comics that could inspire Wanda’s return, particularly the storyline Avengers: The Children’s Crusade, which was used to return Wanda to the ranks of Marvel’s heroes after a period where she went insane and killed a bunch of people. (Sound familiar?) Watch all of that and more in our video below:

Every Spider-Man Movie, Ranked From Worst to Best 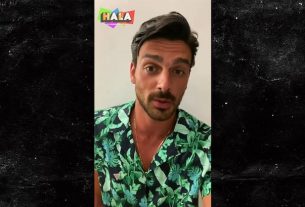