Veep is back for its seventh and final season, and the return to work was an emotional one for everybody involved. The Emmy-winning HBO comedy’s return was delayed while series star Julia Louis-Dreyfus battled breast cancer.

“Everything in my life, frankly, I’m keenly aware of the gifts that I’ve been so lucky to have received and in those gifts of course I include Veep and my relationship with my friends here,” Louis-Dreyfus told E! News. “It’s been a stone-cold miracle, you know? But this last season, to go into this final season knowing it was the final season we were—”

Fresh off her cancer battle, Louis-Dreyfus said that didn’t change how she approached her character Selina Meyer.

“I approached Selina differently…because I knew it was the final season and I knew where we were headed in this final season. I knew…what my drive was. There was an arc to the season for her…I knew that I had to keep that in mind the whole time,” she said.

Hale said the finality of it all also crept in while filming, so while they were working on early episodes it was easy to think about how many were left to complete and it was a challenge to “try to stay present because we were kind of dreading those last episodes.”

“And we did full apart, we fell apart in that last episode,” Hale said.

Click play to hear from Hale and Louis-Dreyfus, including their thoughts on the original Veep pitch. 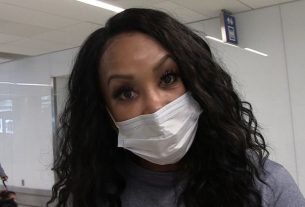