Princess Madeleine of Sweden and her husband Christopher O’Neill have got several reasons to celebrate this week – not only does their eighth wedding anniversary fall on 8 June, but it also happens to be the day their two daughters were baptised.

The couple tied the knot in the Royal Chapel of Stockholm Palace, with the ceremony being held in both English and Swedish. They then hosted a private wedding reception at Drottningholm Palace, which saw the bride change into a white ball gown that previously belonged to her mother, Queen Silvia.

In an interview shortly before the wedding, Madeleine explained: “The wedding dinner will take place at Drottningholm’s castle, which I am very happy about. Drottningholm Castle means a lot to me because I was born and raised there.”

WATCH: 7 of the most expensive royal weddings of all time – who takes top spot?

The beautiful bride wore a Valentino gown, with ivory-coloured Chantilly lace, a low back and a four-metre-long train, which she paired with a silk organza veil.

Princess Madeleine and Chris have since welcomed three children: Princess Leonor, seven, Prince Nicolas, five, and Princess Adrienne, three. No doubt they will be celebrating their anniversary with their children, since the date holds a special significance for the Swedish royal family.

The couple’s eldest daughter, Princess Leonore, was christened on their first wedding anniversary in 2014 – and the ceremony was even held at the same venue of Drottningholm Palace!

Four years later, her younger sister followed suit when it came to the date and location, while Prince Nicolas was the only one of Madeleine and Chris’ children to be christened on a different date, on 11 October 2015.

All three, however, did wear the traditional christening gown that was first worn by Prince Gustaf Adolf in 1906. Following the ceremonies, their initials were reportedly embroidered onto the dress.

Sharing a photo of the service programme back in 2018, Princess Madeleine wrote: “Same same but different! Christening for Adrienne 8th of June 2018!”

RELATED: The dos and don’ts of your wedding day tan – a tanning expert reveals all! 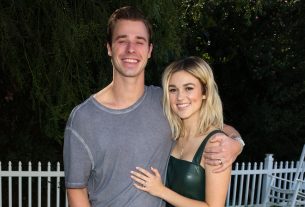 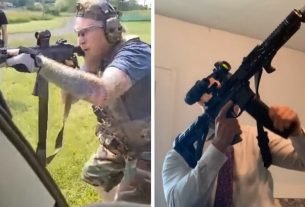