We couldn’t help but wonder, is everyone else freaking out over the fact that it’s been 15 years since Sex and the City aired its last new episode?

In the decade and a half since Big went to Paris to get our girl Carrie Bradshaw in the series finale of the groundbreaking HBO comedy, there’s been no shortage of SATC content. We’re talking, of course, about the two feature films—one, a hit; the other, less so—and, perhaps more importantly, the drama surrounding the reason why we’ll never, ever get a third one. And while the real-life feuding amongst the women who played one of TV’s most iconic friend quartets would have Carrie and Samantha shaking their heads, the fact that not everyone got along all the time is hardly the only revelation that’s come to light since the show signed off after six satisfying seasons.

Take, for instance, that unforgettable happy ending when Big (Chris Noth), encouraged by the women who hadn’t always been his biggest fan, jets off to the City of Light to rescue a miserable Carrie (Sarah Jessica Parker) after she’d chosen to follow the Russian (Mikhail Baryshnikov) there to tell her that she was “the one.” If the show’s creator Darren Star, who based the series on Candace Bushnell‘s 1997 book of the same name, had stuck around to see the series to its completion, it never would’ve happened.

In a 2016 Kindle Singles interview, Star, who went on to create Younger, admitted that he felt that the show’s ending was a betrayal of what had come before it. “For me, in a way—and I didn’t [write] those last episodes—if you’re empowering other people to write and produce your show, you can’t … say certain things,” he said, before continuing to say certain things.

“At a certain point, you’ve got to let them follow their vision. But I think the show ultimately betrayed what it was about, which was that women don’t ultimately find happiness from marriage. Not that they can’t. But the show initially was going off script from the romantic comedies that had come before it. That’s what had made women so attached.”

“At the end, it became a conventional romantic comedy,” he concluded. “But unless you’re there to write every episode, you’re not going to get the ending you want.”

Bushnell, who it was revealed only got paid about $ 60,000 by Star for the rights to her book back when she sold it to the producer in 1996, also had her own doubts about Carrie and Big winding up together, as well. “Well, I think, in real life, Carrie and Big wouldn’t have ended up together. But at that point the TV show had become so big,” she told The Guardian in 2017. “Viewers got so invested in the storyline of Carrie and Big that it became a bit like Mr. Darcy and Elizabeth Bennett. They had become an iconic couple and women really related to it; they would say ‘I found my Mr Big’ or ‘I just broke up with my Mr Big.’ It became part of the lexicon. And when people are making a TV show, it’s show business, not show art, so at that point it was for the audience and we weren’t thinking about what the impact would be 10 years later.”

Although, Bushnell’s interpretation of the Carrie and Big relationship could be colored by the fact that he was based on an ex who definitely stayed her ex, former magazine executive Ron Galotti.

Of course, Parker saw things a little bit differently from either creator responsible for the character she so memorably brought to life. While speaking with Yahoo! Style in 2016, she defended the show’s conclusion, telling the outlet, “As I recall, the way Carrie and Big married was something she wanted rather than a feeling that life was slipping away and she best settle quickly. I don’t think of it as someone diminishing herself by letting a man marry her — it always felt that she had arrived at that on her own.”

And ever the diplomat, she conceded that Star was entitled to his feelings on the matter, as well. “But the beauty is we can all have lots and lots of opinions about lots of choices Carrie made that we object to or that we stand by,” she added. “If that’s Darren’s feeling, I think it’s interesting!”

While that final episode was notable for the fact that it finally revealed Big’s first name—John, if you’re still somehow out of the loop—it almost didn’t happen. In 2017, executive producer Michael Patrick King, who went on to shepherd SATC onto the big screen following the show’s conclusion, revealed to Entertainment Weekly that it was only “in the last moment, I realized [I had] to say Mr. Big’s name and I just [mimes typing on a keyboard] ‘John.'”

In that final scene, Carrie flip phone needed a name to display when Big was calling to let her know he was returning to NYC for good, but, up until that time, he’d never had a name. “It was just one of those things where it’s like, ‘Oh, it’s happening right now’ and you didn’t plan it,” he told the magazine. “In my mind? He had no name.”

Filming on the finale was also notable for a few other reasons, as well. First, it marked the first time in the show’s 94 episodes that any of the main characters ever repeated a wardrobe choice. Famed costume designer Patricia Field went to great lengths to make sure that neither Carrie, Samantha (Kim Cattrall), Miranda (Cynthia Nixon), nor Charlotte (Kristin Davis) ever repeated a full outfit throughout the course of the show—until, that is, Carrie donned a fur coat that she’d worn all the way back in episode one.

And something the final episode was missing? One of Carrie’s patented questions that she’d asked via narration since episode one. In the episode before the two-part finale, when she decides to follow Petrovsky across the pond, she asks, “Is it time to stop questioning?” And then she did, leaving us with only 92 questions across 94 episodes.

Oh, and filming on that very last episode? It didn’t wrap until the Wednesday prior to its February 22, 2004 air date, meaning the turn around on the finale was a tight four days!

Sex and the City‘s final season also contained one of, perhaps, its most memorable cameos when 3rd Rock from the Sun vet Kristen Johnston showed up as party girl Lexi Featherston—and promptly fell out a window to hear death. It was the moment that pushed Carrie to decide NYC was dead—way to make everything about you, Carrie!—and following the Russian to France was the ticket. But it was hardly the only memorable cameo over the course of the show’s run. Before you turn on a marathon of your favorite episodes to mourn 15 years since SATC signed off, take a look back at all the celebs who crossed paths with Carrie and Co.

In “The Monogamists” (Season 1), the actor’s character gets flirty with Carrie after being introduced by Stanford. Jennifer Aniston’s ex-hubby also pops up in “Shortcomings” (Season 2) as a fellow writer named Vaughn Wysel whose relationship with Carrie ultimately falls apart over performance problems in the bedroom.

Fresh off another breakup from Big, Carrie meets Seth Robinson—played by the rocker—in “Games People Play” (Season 13) in the waiting room of her therapist’s office. Sparks fly over a playful game of Twister, but that’s about at far as it goes for the pair.

The singer and Carrie lock lips during a game of Spin the Bottle in “Boy, Girl, Boy, Girl…” (Season 3).

Sarah Jessica Parker’s IRL bestie makes a cameo in “Let There Be Light” (Season 6) as a shoe salesman who helps in Carrie’s quest to rid her footwear addiction.

When the Oscar winner (playing himself in Season 3’s “Escape From New York) pitches an idea to play Big in the movie adaptation of Carrie’s life, the Big Apple girl is thoroughly weirded out and hightails it far, far away from Los Angeles.

In “Escape From New York” (Season 3), Carrie meets with Debbie, a film exec interested in turning her popular dating column into a movie.

In “They Shoot Single People, Don’t They?” (Season 2), Carrie mistakenly poses for a New York Magazine cover titled “Single & Fabulous?” Upset, she seeks solace in the arms of Jake, played by Cooper, who makes a quick exit from their rendezvous when he spots Carrie’s face on the mag.

Samantha learns a valuable lesson in “Coulda, Woulda, Shoulda” (Season 4) when she attempts to jump the waitlist for a Birkin bag by using the actress’s name. Oops!

The Arrested Development star lets his freak flag fly in “La Douleur Exquise!” (Season 2) when he plays Jack, a love interest of Miranda who enjoys having sex in public. All is well until it’s revealed that Jack in-fact lives at home with his mother, and the excitement fizzles.

While vacationing in Los Angeles in “Sex and Another City” (Season 3), Carrie is introduced to Keith Travers (Vaughn). He says he’s Matt Damon’s agent, but things go south when Carrie finds out she slept in the late great Carrie Fisher’s home, and Keith was merely house sitting.

The Grey’s Anatomy star makes a brief appearance in “Anchors Away” (Season 5) as a police officer who gets in a scuffle with Samantha over flyers.

In “The Real Me” (Season 4), Carrie meets Alan’s Oscar, a designer who dresses the protagonist in a Dolce & Gabbana ensemble for a fashion show.

Carrie reconnects with her high school sweetheart Jeremy, played by The X: Files star, in “Boy, Interrupted” (Season 5). Their reunion was short-lived, as her former beau soon shared he’s in a mental institution.

Long before her Pitch Perfect days, the actress appeared in “Politically Erect” (Season 3) as the significant other of a politician who attends Carrie’s boyfriend’s fundraising party.

A legend! The late Playboy mogul makes a cameo as himself when the ladies attend a party at the Playboy mansion in “Sex and Another City” (Season 3). Color Samantha Jones elated.

The Spice Girls songstress made a blink-and-you-missed-it cameo in “Boy, Interrupted” (Season 6) as an acquaintance of Samantha who waves her exclusive Soho House pool access in her face.

In “Defining Moments” (Season 4), the comedian plays a New Yorker cartoonist named Doug who strikes up a seemingly normal romance with Miranda. Unfortunately, Doug likes to use the restroom with the door open, a major no-no for Cynthia Nixon’s titular character.

The iconic Legally Blonde star plays Victoria, a friend of Carrie, Samantha, Charlotte and Miranda who invites them to a soiree at her home. The get-together turns out to be a purse party featuring her own designs, and the women don’t have the heart to tell her she doesn’t have a future in fashion.

Long before the actress got her big break in Two Broke Girls, Kat landed her first role on SATC in “Hot Child in the City” (Season 3) as a teen who hires Samantha to do PR and book celebrity talent for her Bat Mitzvah.

A fling with the actor, who plays Sam, in “Valley of the Twenty-Something Guys” (Season 1) helps Carrie decide she much prefers dating older men after seeing his pigsty of a bachelor pad.

Now pour yourself a Cosmo and toast to Sex and the City! 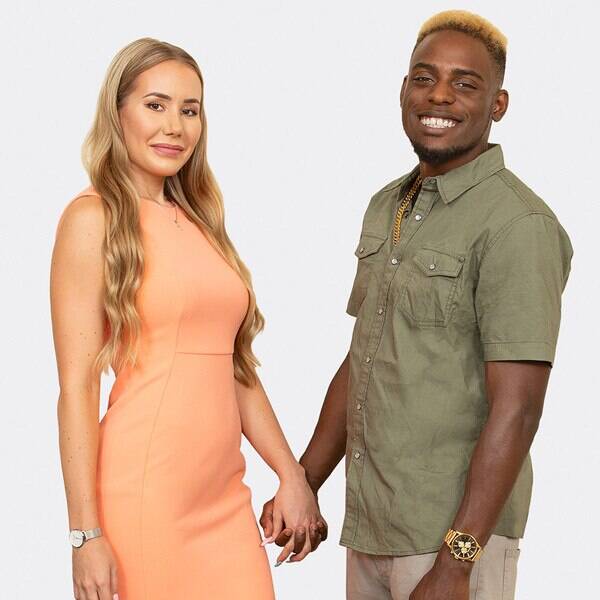 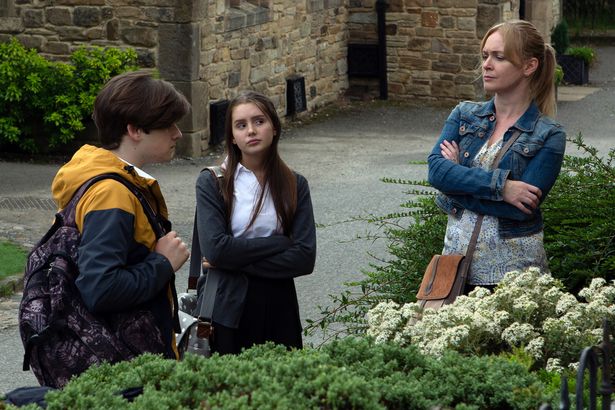