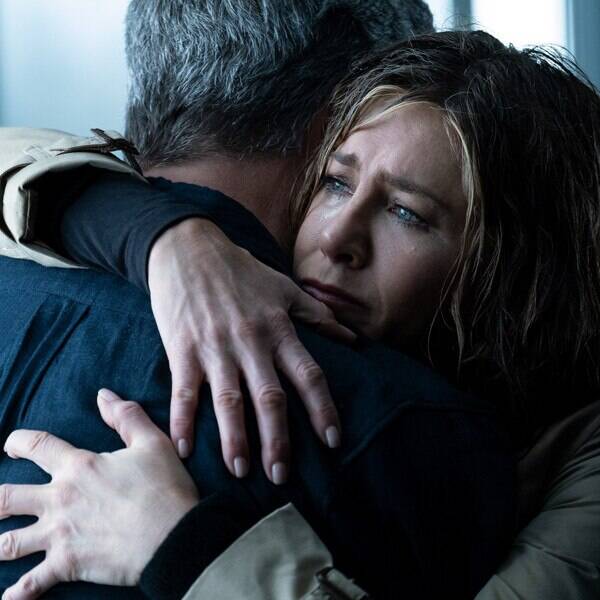 The Morning Show is a lot of things. It’s Jennifer Aniston‘s return to series television. It’s the first time Aniston and Reese Witherspoon have worked together since Friends. It’s one of Apple TV+’s first original programs. It’s reportedly one of the most expensive shows in some time. It’s Steve Carell‘s return to series television. And it’s taking on the #MeToo movement in surprising ways.

The premise of The Morning Show is a familiar one: A rich, powerful white man, Mitch Kessler (Carell), is accused of sexual misconduct and his longtime news cohost Alex Levy (Aniston) is left to pick up the pieces. But the show doesn’t stop following Mitch after he’s ousted. It keeps up with him.

“I think what’s really interesting about the show is it really explores the gray areas. I think we get to see people as these multi-faceted human beings with flaws and no one is completely evil and no one is a complete saint and I think that’s just life,” series star Gugu Mbatha-Raw told E! News.

“And I think now that we’re in this cultural conversation of where are we going on to and is there a chance for redemption? All of these kinds of questions. I think it’s really cool that the show also has these deeper conversations about where to go next,” Mbatha-Raw told Will Marfuggi.

Through the ensemble cast, which also includes Billy Crudup, Mark Duplass, Nestor Carbonell, Karen Pittman, Bel Powley, Desean Terry and Janina Gavankar, the show examines the ripple effects misconduct has on a workplace and attempts to pull back the curtain on what happens behind the scenes of a (fictional) morning news program.

“My mission statement as an artist is, I’m here to examine the parts of ourselves that we’re least proud of,” Gavankar said. “This is a phrase that’s been said many times: Every villain is the hero of their own story. So, this is a great world where we can allow people to be every shade of themselves, whether it’s glorious or beautiful or hideous and terrible.”

Terry said the show made it clear that we’re just at the beginning of the conversations. “The show, I think, will contribute to the dialogue,” he said.

The show counts Witherspoon and Aniston as executive producers and has a number women in high-ranking roles behind the scenes, including Mimi Leder as director and executive producer and showrunner Kerry Ehrin.

“When you’re part of a period of time when your culture is shifting and societal norms are being questioned and broken down, as somebody who is in the performing arts…you want the work to be part of the conversation. So to get to be involved in an iteration that is so extreme in its high-level ambition and talent, it’s better than anything I could’ve imagined. For me, it’s not a question of understanding or not understanding, it’s a long format discussion and we all have to have it with as many people as possible in order to collectively share in moving forward,” Crudup said.

Strictly’s Kelvin gushes over being partnered with ‘amazing’ Oti Mabuse 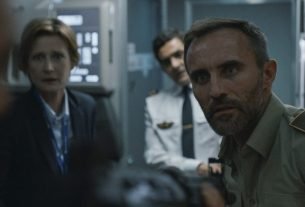 Can You Outrun the Sun? Netflix’s ‘Into The Night’ Attempts to Do Just That

Emmerdale’s Graham Foster breaks down over permanent exit: ‘It’s over’