Rafael Van der Vaart’s ex wife is very familiar with the drama of the World Cup.

The blonde bombshell used to cheer on her footballer husband as he represented Netherlands’ national team.

But as Sylvie won’t be attending the tournament this year, she’s decided to occupy herself with an exciting new project.

Sylvie has collaborated with Amazon to release her Flirty Lingerie collection.

The online range is a very affordable one, with prices starting at just £10.

Some of the garments would be great for turning up the heat in the bedroom.

In one promotional picture, the former WAG poses in a lacy lingerie set.

The scalloped bra and panties are paired with sheer stockings and sexy suspenders.

RACY AND LACY: These stunning designs are bound to go down a treat

Another stand out feature is the cheeky cut-out at the crotch, which flashes a bit of extra skin.

In the advertisement, Sylvie pairs the black lingerie with bold red lipstick and gold jewellery.

UNBRALIEVABLE: You can snap up items for as little as £10

Other pieces are more practical and would be great for everyday wear.

In a third campaign image, Sylvie poses in a polka dot bra and knickers.

The matching set is underwired, providing plenty of support for your curves.

Want to read more about the WAGs of the World Cup?

Previously, we revealed why the England squad’s wives and girlfriends are so different this year.

Capatin Harry Kane is among those who is being cheered on by his childhood sweetheart.

Rachel Zoe Is Giving Away Backpacks–Here's Why 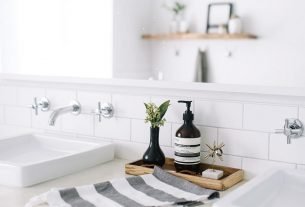 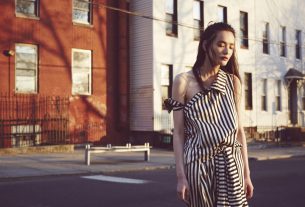 When Depression Reared Its Head During COVID-19