Sol Perez has won a following of 2.8 million followers on Instagram.

The 24-year-old – who previously swapped the iconic red Baywatch swimsuit for a yellow one – loves to tease her fans with jaw-dropping snaps.

The Argentinian babe left little to the imagination when she posed in black lingerie and Christian Louboutin heels.

She stood in the studio and turned her butt towards the camera, so her followers got a good glimpse of her toned body.

The host of Argentina’s TyC Sports Channel was teasing the second series of the “spicy” and “explosive” radio station, Show Attack.

Many of her followers gushed at the snap, with one saying: “Very pretty woman 10 points.”

Another user wrote: “What a beauty.”

While a fourth person added: “You are a beautiful woman with a very beautiful behind.”

The presenter loves to strip off and she regularly shares snaps of her showing off her bum in underwear in her kitchen.

Earlier this week, the blonde bombshell showed off her incredible body when she completed a workout in nothing but underwear.

And she stunned fans with a braless shower snap. 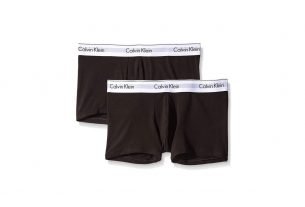 17 Best Underwear for Men 2020: The Finest Skivvies to Buy Now 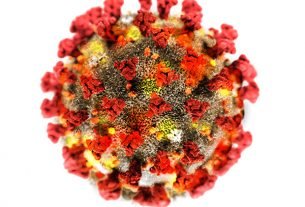 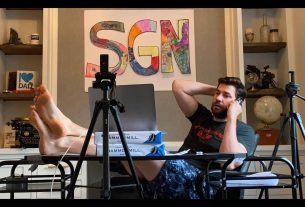 Guess What? John Krasinski Has Some Good News And Plenty Of It