This originally appeared in Box + Papers, GQ staffer Cam Wolf’s watch newsletter. For more stories like it, hit the link and subscribe.

Anyone who’s into watches has become numb to the following image: a watch cinched tightly around a wrist, sleeve fabric and/or arm hairs spraying out in every direction. Maybe there’s a glamorous backdrop: a spread of Michelin-grade food or, even more likely, a glass of scotch lingering in the background. But the essence of the wrist shot remains the same. If you’re trying to flex a favorite watch, show how it sits on the wrist, and capture all the details that watch collectors go gaga over, nothing gets the job done more reliably than the wrist shot. I wanted to explore where the wrist shot came from—and how best to grab your own.

As B+P Illuminati Member Gary Getz wrote for Quill & Pad in 2020, people have been trying to take dramatic shots of their watches since way before Instagram existed. In 1968, while the Soviet Union was invading his home country of Prague, photographer Josef Koudelka took a photo of his watch with the empty streets behind it.

And while it’s not exactly a wrist shot, the first known artistic recreation of a watch was done by Italian artist Maso di San Friano in the mid 1500s. Look at this beaming “Man holding a watch,” as the painting is named. After multiple sittings and potentially years of painting—the Science Museum Group says it was made between 1558 and 1560—this man will finally be able to brag about his new watch and then it’s really over for this dude’s broke-boy friends.

A Taxonomy of Today’s Wrist Shots

Luckily, you no longer have to commission an Old Master to brag about your new timepiece. (Although that would be extremely tight!) Instead, Instagram gives watch collectors a place to immediately satisfy a craving to flaunt a new or old timepiece. That flaunting comes in many flavors.

The most persistent—and blah, in my opinion—way to take a wrist shot. The white bread of the wrist shot industrial complex.

This is the classic watch-hang photo setup. I’m always waiting for the after photo to see if sticking them all together really did activate some primordial power.

Not necessarily a distinct photo setup, but the idea of taking a picture of one type of watch or brand starts with #SpeedyTuesday, which is dedicated to Omega’s Speedmaster. Now, there are hashtags like #SeikoBois and #cartierisforlovers.

The wrist roll is like the rich jerk in every friend group—you really don’t want to hang out with them, but they’re throwing the best party, so you give in. The wrist roll is a short video clip where the subject, starting with the back of the wrist and a watch’s clasp, slowly rotates the timepiece into view. Best if you’re trying to game Instagram’s habit of favoring reels.

There’s a lot of crossover between watch and car enthusiasts so naturally people like to show off their exquisite (and expensive) taste in both. Like the wrist roll, almost universally bad!

The #WetWatchWednesday hashtag has fallen off but that hasn’t stopped collectors from treating their watches like Bond Girls emerging attractively from the water.

The KFC Combo, aka “The Tony Traina”

I’m calling this one the KFC combo because you’re getting a thigh on the side. I took a screenshot of this forever ago, when Tony was still using Rescapement as his handle (he’s since taken a job at the ‘Dink and started going by his real name), because I thought it was funny: his IWC backdropped by “just a little thigh too.” He gave me some context over email: “I just like anything that brings a little levity, personality, and context to the people behind these wristigram accounts that mostly anonymous (or faceless) guys create to show off their watches. So often the context around watches is so serious—cappuccinos, cashmere, Cannes—but I’m just not that guy.” Cappuccinos, cashmere, Cannes is the watch equivalent of Jim-Halpert-as-Dwight-Schrute’s “Bears, beets, Battlestar Galactica.”

Folks like Miguel Seabra have perfected this wrist shot style. The idea is to show off your watch in a glamorous setting—a tennis match, a car show, a sexy pool. Take note from Seabra, who tilts his watch ever so slightly to give it a little dimension.

Is it a sleeve shot or a watch shot? Hard to say with so many tastefully rolled up cuffs of shirts, jackets, puffers, etc. Whenever I see this, I assume that the person taking the photo looks exactly like Joey from Friends when he puts on all of Chandler’s clothes.

The Rent Is Due Tonight

This isn’t exactly a wrist shot, but I’m tickled by the rise of a certain red-carpet pose that celebrity watch ambassadors are employing. As timepiece tie-ups with famous people become more prevalent, so does this method of standing that puts the watch front and center. Andrew Garfield, friend of Omega, is the master of this art.

@FremStar created a whole new way to take wristshots when he invented his patented style. There’s nothing complicated about the FremStarPoint, which involves pointing at something in the distance while keying in on the watch in the foreground. “As I primarily travel for work I was accustomed to taking my wrist shots while pointing to something ‘notable’ in one of the locations I was at,” FremStar told GQ over Instagram DMs. The style took on its own cult following that transcended the RolexForums, where FremStar mostly posted.

How to take a better wrist shot

Now that you know the landscape, you can decide what sorts of wrist shots you want to take. But don’t do so without consulting this field guide on how to do your watches justice. I asked the experts for their best tip to securing admiration for your latest photo. The advice ranges from the practical—angle it slightly!—to philosophical—tell a story!!—but all are essential.

“I like to make sure wrist shots tell a story or evoke a natural feeling. I do that by incorporating them with lifestyle shots that include an action or props like reaching for a cup of coffee, holding a pen, grabbing my goatee, and etc. The hand positioning is key to make sure people get that natural feeling you’re sharing.” —Jeremy Caparas, @timepeacelove

“For me natural lighting is key. I prefer the warmness of the afternoon sunshine and try to angle away from the dial face if the crystal is not anti-reflectively coated. Managing shadows can be a tricky thing so sometimes a reflector is used in the background.”—Jaclyn Li, @a.dose.of.time, 2022 Box + Papers watch collector of the year nominee

“Be sure to center the watch in focus and cover the dial with the camera, your phone, or something overhead such as your car ceiling. That way the whole dial is evenly visible in the shot without any major reflections.”—Justin Vrakas, @justinvrakas

“Composition is everything! Although that watch is the main focus, it helps to have a great background like a colorful scenic background or maybe a sports car.

Brighter is always better but be careful with the reflection off the watch crystal. Some watches with curved crystals can be a pain to get the right shot.”—Eric Rivera, @watcheric

“Use a great camera. iPhones do take great photos and get better with every generation, but it is hard to beat a top of the line camera. We use a Leica Q.” Max Abbott at The Keystone, @the_keystone

“Personally, my favorite wrist shots are from people who create depth and use contrasting textures. I love a shot that shows a person’s body and clothing. Both of these elements make a watch stand out in the image and can make a simple shot so much more.” Luke, @watch.hightower

“This is going to sound obvious, but it’s amazing how many folks overlook it – clean your phone lens and clean your watch. It doesn’t take much effort, just a quick breath and a swipe from your shirt and you’re good to go. Far too many wrist shots are ruined by smudging and dust.” Adam Craniotes, @craniotes 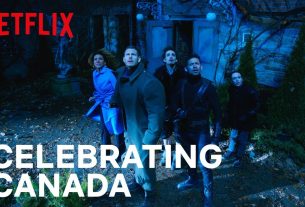