In the sphere of popular culture, 2022 opened with a question: Who does Ye, the artist previously known as Kanye West, love? Does he love Kim Kardashian, his estranged wife, whose neighboring house he recently acquired, and whom he serenaded at a recent concert with Drake? Does he love Julia Fox, the beautiful downtown persona whom he’s taken to Carbone (twice) and who then detailed their dinner-and-a-show date with her very own work of theatre in a story on Interview.com?

There’s only one certain answer to this question, of course, and it’s neither of the two: Ye loves Balenciaga.

Ye’s love for Balenciaga–whose creative director, Demna, is a longtime friend and collaborator–is so impassioned that last week, Ye added the brand to the mix for his unprecedented (yet still mysterious!) creative directorship at the Gap. Some time in the next year, Yeezy Gap Engineered by Balenciaga will bring “utilitarian design for all,” per the press release, presumably building on the simplistic rigor of the puffer and hoodie released under the Yeezy Gap umbrella so far.

But love is about more than product. Demna seems to have sparked Ye into a new state of productivity, because on Monday evening, the artist released “Heaven and Hell,” both a music video for the latest single from his album Donda and a television ad for his work with the Gap. It’s an advertisement insofar as everyone in it is wearing a black Yeezy Gap hoodie, along with the black face coverings Demna has been wearing in public lately: in the video, a whole city of masked, hoodied figures dart through a dark dystopia, then succumb to a rapture. Eventually the video cuts to illustrations of these Yeezy customers engaged in warfare in a pseudo-medieval town.

That Ye produced an ad for television in an era engineered for viewers to avoid TV commercials—an ad that debuted during last night’s college football playoff championship, no less—is no accident. Advertising designed to astonish, from Annie Liebovitz images featuring the cerebral likes of Joan Didion and Spike Lee to a commercial about khakis that spurred a resurgence in swing dancing, was a central feature of the Gap’s 1990s heyday, and it’s unmistakably part of what Ye found appealing about working for the company. The ad, in other words, is part of the art. If it once seemed that Ye aspired to be the ultimate polymath, designing clothes while dropping albums and creating out-there performance art with Vanessa Beecroft, now all of his creations are of one piece, under one ethos. His fashion, visual output, music, and personal life are inseparable, all one great gesamtkunstwerk. This advertisement is as much a statement about that as it is a commercial for the hoodies—which are back in stock, by the way, and can be purchased in black or blue for $80.

Before he actually began trying to sell us something, there were suspicions that Ye was, well, trying to sell us something. The Twitter and TikTok commentariat struggled to make sense of why someone would wear so much Balenciaga, as he’s spent the last few months doing. Rumors abound: that Ye has one of every piece from every one of Demna’s collections sitting in a warehouse-cum-studio in Southern California; that he has every shoe in every size and hands them out to visitors; that he cleaned out Dover Street Market’s Balenciaga section and they had to call the brand’s headquarters to get more ASAP. None of that can be confirmed (though on Monday afternoon, he was captured by paparazzi holding up a T-shirt with a reworked logo for the specialty store reading “DONDA STREET MARKET.”) But to think that Ye–or Demna, for that matter—is orchestrating a series of paid-for celebrity outfits in order to get us to…buy more Balenciaga?, is to misunderstand the purpose of this bizarre and unprecedented creative collaboration. In a world of proclamations and speaking one’s truth, Ye is declaring he can fully find himself by relying on, or exchanging with, someone else. It’s about total and complete devotion to an uncompromising aesthetic—a visual reset with no seams. This is part of why Ye keeps shopping at all the Balenciaga stores, too: the acquisition is a part of the artwork.

(Who knows how or why Ye and Fox really connected, but what I love about the relationship is how classical she is compared to the contemporary definition of a female come-upper. She worked as a dominatrix in high school, made art, created a fashion line, and then won a role playing a character based on herself in an arty-controversial movie. It’s a very mid-century, Marilyn Monroe-ish, slightly-seedy-to-cerebral-to-middlebrow pipeline compared to the influencer pathway of today, and it was fun to watch the TikTok set, who have spent the past few years cultivating celebrities for whom fame is platform-exclusive, having to scramble to figure out who someone was.)

Perhaps no fashion brand has ever been as in tune with its time as Balenciaga is with this one—at once diagnosing and exacerbating our fascination with the mediocre, the annoying, and the ugly, and creating a cottage industry of pseudo-academics on Substack and TikTok who deadpan terms like “the hyperreal” and Marshall McLuhan quotes into the mini-microphone, clutching its clip between acrylic nails. One of Demna’s ambitions over the past year or so has been to propel his fashion brand, and his vision, into places where high fashion typically struggles to connect. That’s Ye’s mandate, too, though of course from a more populist, $80 hoodie perspective. So it’s only natural that seeing all that clothing on all these actors involved in this dramatic celebrity divorce would lead people to see some kind of “conspiracy.”

Of course, the catch is that nothing about Balenciaga is “natural”—not its materials, its marketing, nor its fashion shows—and of course it’s also the brand that has dabbled most fruitfully in the metaverse. It revels in the artificial; it sees authenticity as impossible, even irrelevant. Coco Chanel once said that Cristobal Balenciaga, the singular Spanish couturier who founded the house Demna now leads, was “the master of us all,” explaining that his creations, which were fabric puzzles of volume and minimalist sewing, were simply in their own echelon beyond the other golden-age couturiers. Late last year, I watched a theatre full of hundreds of fashion editors—jaded, fickle people who pride themselves on highbrow pretending—give a standing ovation to Demna after watching his episode of The Simpsons, and now I see him dressing Kim and Kanye (and Julia Fox!) to such public contention. Demna, too, is the master of us.

Ultimately, there is no conspiracy—only wild and sprawling ambition. As the “Heaven and Hell” video is only the latest project to demonstrate, the dynamic between Demna and Ye is predicated on painting with the broadest and most obvious strokes: God, light, redemption, sinning, love, marriage, Putin (?!). As much as social media and Gen Z have made style a central feature of popular culture, fashion is not as big or essential as any of those things, and the project Ye seems to have in mind is: well, what if it was? Ye’s mission, and Demna’s too, has been to push the boundaries of what we care about, and how attuned we are to the way things should look. To bring the avant-garde, whatever that may still be today, into popular culture. Or, rather, to make popular culture strange, to make people think—or more importantly, feel something—where their eyes are most likely to be. 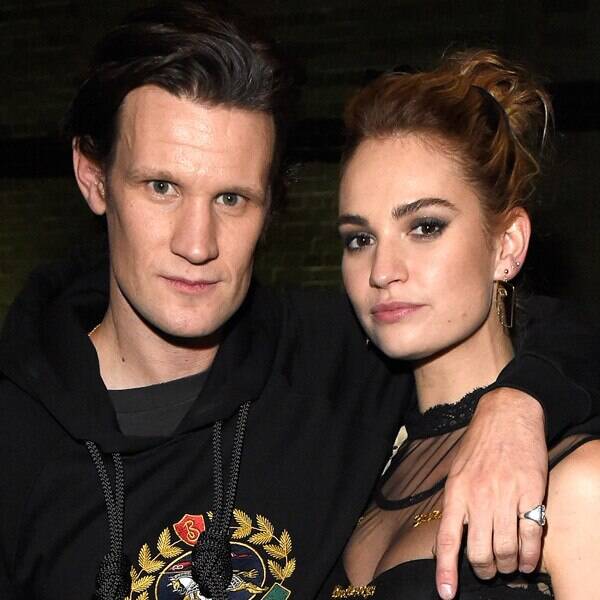 Nordstrom Rack Clear the Rack Sale 2019: Your Guide to the Best Deals