It’s perhaps unbelievable to think that Mean Girls is 14-years-old.

The high-school movie, which was one of Lindsay Lohan’s most famous roles, featured a number of other screen sirens who would go on to be Hollywood greats.

From Mamma Mia’s Amanda Seyfried, 32, to The Notebook’s Rachel McAdams, 39, the film was packed with undiscovered talent.

But there was another gorgeous gal in the fictional popular group “The Plastics” at North Shore High School and that came in the form of highly- dramatic Gretchen Wieners, played by Lacey Chabert.

Splash/OIC
Lindsay Lohan shows a drastic body change, left in 2010 and right in July 2015 on holiday in Mykonos, Greece

While Lacey didn’t go on to experience the same dizzying heights of fame as her co-stars, she has undoubtedly made her mark in the world of acting.

The 35-year-old, who hails from Mississippi, first got her big break as a child star when she appeared as Claudia Salinger in the television drama Party of Five (1994-2000).

She then went on to provide the voice of Eliza Thornberry in animated kids’ TV show, The Wild Thornberrys (1998-2004).

It wasn’t the only time Lacey was to lend her voice to television, as she also starred as Meg Griffin during the first production series of hugely popular sitcom Family Guy.

Lacey later ventured into the teenager genre of films, starring in Not Another Teen Movie (2001), before bagging the role of Gretchen in Mean Girls in 2004.

The gong would have sat alongside Lacey’s other trophies, as she won The Hollywood Reporter Annual Young Star Awards for Best Performance by a Young Actress in a Drama TV series for Party of Five.

Since Mean Girls, Lacey has starred in films such as Dirty Deeds (2005) and Black Christmas (2006), as well as being a regular feature in the family-orientated movies on the Hallmark Channel.

BRUNETTE BOMBSHELL: Lacey Chabert made sure all eyes were on her

In her personal life, she married longtime boyfriend David Nehdar in 2013, and gave birth to their daughter in September 2016.

While Lacey has remained fairly under the radar in recent times, she was back with a bang last night as she headed to the Hallmark Cannel Summer TCA Party in Beverly Hills.

The striking actress looked sensational as she rocked a plunging plum-coloured dress, which teased at her cleavage.

Her hair was pulled back into a plaited up-do, accentuating her pretty features.

Despite the 14-year time lapse since Mean Girls, in the words of her character Gretchen Weiners, she definitely still looked “So Fetch”. 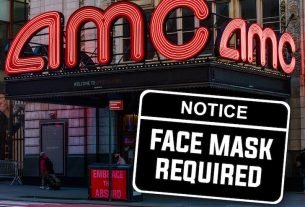 AMC Theatres Will Require Masks Upon Reopening After All 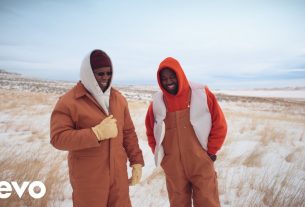